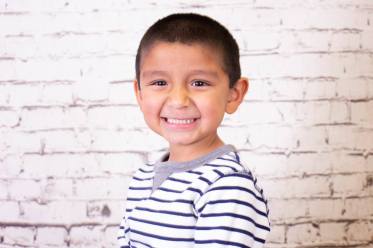 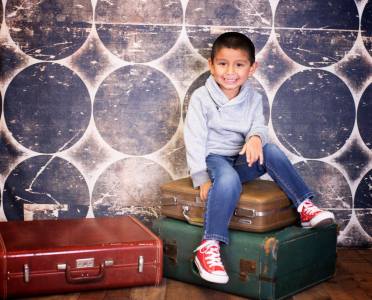 We would like to introduce Jake, our January Child of the Month:

Jake was the 7th child to be removed from his biological parents. Because of their past history, his biological mother never received prenatal care since she knew CPS would automatically be involved. She miraculously made it to 9 months without complications. Although she tested positive for drugs in her system at birth, Jake did not test positive for anything (proof, in my eyes, that God is very real and had big plans for this baby!)

On the day Jake was born (we were in the middle of our foster training) I had finally allowed myself to believe that we would eventually be placed with a child. So I went shopping and purchase a single pajama set in some random size just because they had pugs on them. (We have 3 pugs) This was my first ever kiddo related purchase and the first time I really felt like a mom. Fast forward 15 months later- those pajamas were the only clothes we had that would fit Jake. That was the first outfit he wore when he came to our house.

Jake’s biological parents “hid” from CPS for over a year which led to some medical complications for the baby. When he came to us at 15 months old, Jake had horrible skin infections, was diagnosed as legally deaf, and had major developmental delays. We were beyond blessed to have an amazing case worker, Ad Litem attorney, and social worker. They worked tirelessly to help get him the medical treatments he needed. Ultimately, both biological parents lost their rights and we adopted Jake on National Adoption Day, November 18th, 2016, which just happened to be my birthday. He is now a perfectly healthy little boy. His hearing was corrected. He is testing above average for children his age in state standardized tests. Jake came to us after praying for 7 years for a child, enduring 3 miscarriages, and undergoing numerous failed fertility treatments. I was terrified of being a foster parent, because I wasn’t sure that I could handle it if there had been a reunification – but God knew what he was doing. I just had to learn to trust in His timing.